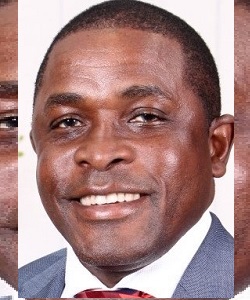 Dr Blessing Mudavanhu is founder and president of Dura Capital. Dura Capital a risk analytics and advisory company. He is the Group Chief Executive Officer of CBZ Holdings. He was Acting Group CEO of African Banking Corporation (BancABC). BancABC is a pan-African bank with operations in several sub-Saharan African countries. He is also an Adjunct Senior Lecturer of Financial Mathematics in the School of Computational and Applied Mathematics and Wits Business School, at the University of Witwatersrand. Previously Blessing Mudavanhu spent many years working on Wall Street in New York, where most recently he was a Director in Global Risk Management at Bank of America Merrill Lynch in New York. Prior to joining Bank of America Merrill Lynch, He was a Senior Risk Analytics Associate in the Enterprise Risk Management Group at American International Group (AIG) also in New York. Blessing Mudavanhu holds a Bachelor of Science (Honours) degree in Mathematics from the University of Zimbabwe, a Master of Science degree and a Doctorate in Mathematics from the University of Washington in the United States. He also holds a Master of Science in Financial Engineering from the Haas School of Business, University of California at Berkeley also in the United States. He has published many research papers in the Journal of Investment Management and in many mathematics journals. Blessing Mudavanhu was an Adjunct Professor of Risk Management at Baruch College of the City University of New York. He is a non-executive Director of the Development Bank of Southern Africa (DBSA).
Dr Mudavanhu is a recipient of the Fulbright Scholarship and is listed in WhosWho in America.