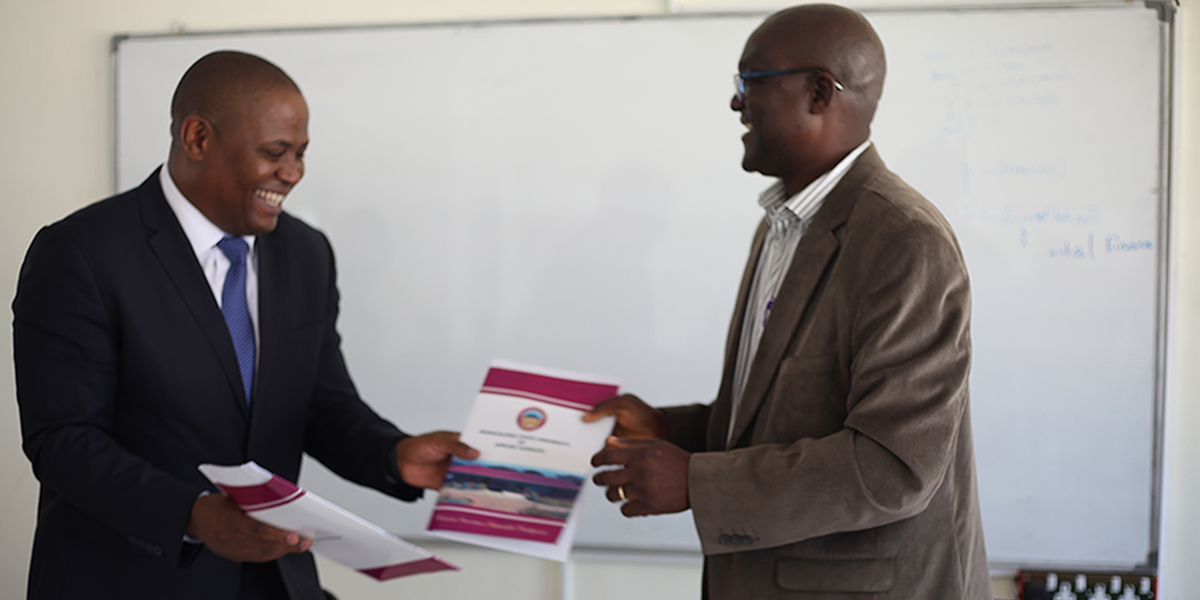 In in its quest to operationalize Education 5.0, the Manicaland State University of Applied Sciences (MSUAS) signed a Memorandum of Understanding (MOU) with Zimtrade, the national trade development and promotion organization of Zimbabwe, on Wednesday the 24th of November 2022 at MSUAS main campus.

Among the areas which the two organisations agreed to partner on were; engaging students and staff in research activities that facilitate international trade development, identifying and facilitating financial support for undergraduate, Masters and doctoral students on research projects that enhance export trade, developing and sustaining innovation hubs and the agro-innovation industrial park.

“The MOU signing is part of our endeavour to bring Education 5.0 to fruition. The aim is to develop patentable innovations which enhance trade and ultimately develop our country. The University is committed to bringing new knowledge and innovation in the already existing socio-economic activities so that communities beneficiate and value-add on their products,” said the Vice-Chancellor, Professor Albert Chawanda during the signing ceremony.

In his remarks, the Chief Executive Officer of Zimtrade, Mr A Majuru reiterated the organisations’ commitment to foster evidence-based programming as they promote international trade.

“Our aim is to restore the yester-year global trade position and to achieve this, evidence-based programming is key. MSUAS comes in handy as an arm with the organic intellectual prowess which will drive our operations. We look forward to increasing the gross domestic product of Manicaland Province through value-addition on agricultural and service products obtainable in the province,” said Mr Majuru.

The signing ceremony came at a time the University is developing and capacitating its Agro-Innovation Industrial Park located at Headlands, Rusape with a focus on producing crops such as tobacco, wheat, proteas flowers and pecan nuts for the export market in the European Union and Asia.

The ceremony was attended by senior officials from Zimtrade and the University, among them Executive Deans and Departmental Chairpersons.

NOTICE OF THE 2021 BLENDED GRADUATION CEREMONY

MSUAS Celebrates its First Cohort of Graduands: Our First Fruit