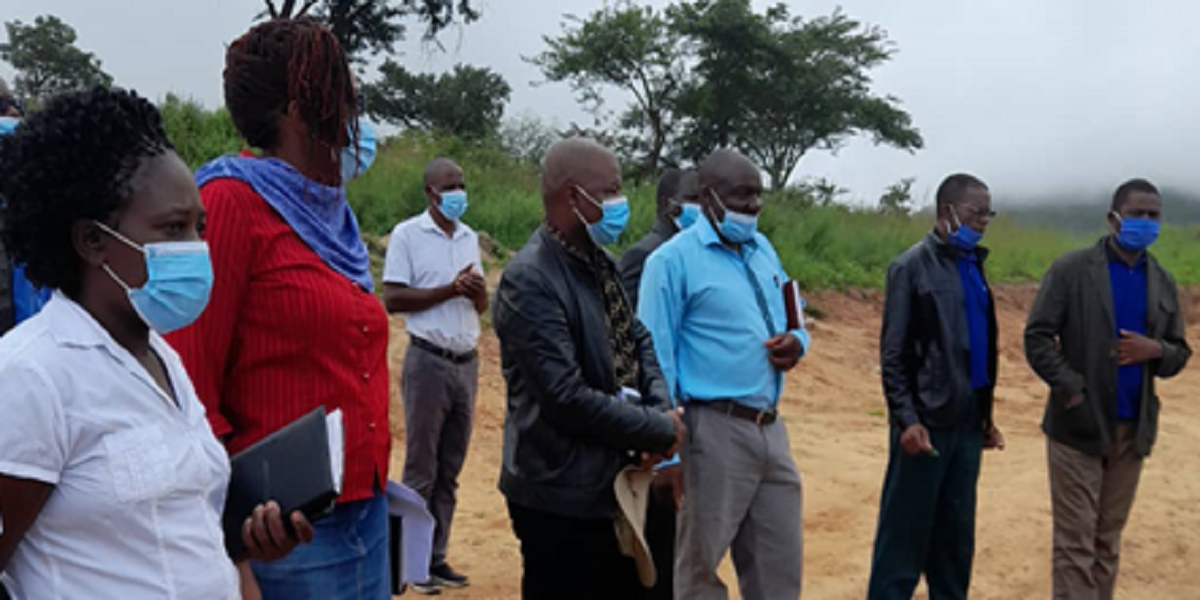 The 16th of February saw a team from the Office of the President and Cabinet (OPC) led by Mr Ngoni Manyika and a delegation from the Ministry of Higher and Tertiary Education, Science, Innovation and Technology Development led by Mr N. Masungo paying a visit to Manicaland State University of Applied Sciences (MSUAS) to conduct a baseline survey assessing the projects that were approved for the 100-Day-Cycle monitoring.

Among the projects running at the University which qualified into the cycle, is the construction of two student hostels to accommodate 200 students upon completion, thereby alleviating accommodation challenges at the institution.

The tour of the projects, led by the Director of Works and Infrastructure Development at MSUAS, Mr Promise Nyamhute, saw the team appreciating the construction progress which is currently at 11%.

“The first 100 days of the project will end March 2022 and our target is to construct the super structures up to 50% completion; that is up to the deck level from the foundation level for both the male and female hostels,” said Mr Nyamhute.

On behalf on the Vice Chancellor, the Deputy Librarian, Mr Makandwa expressed gratitude for having such a visit and thanked the parent Ministry and the Government for choosing the construction of the student’s hostels under the 100-Day-Cycle Projects monitoring cycle.

“It is a privilege and honour that our construction projects have been chosen in the 100-Day-Cycle Projects initiative. We have seen how effective and efficient cycles are in infrastructure development. We continue to cherish such support from the Government and our Parent Ministry,” said Mr Makandwa.

In attendance were focal person for the 100 Day Projects from the Ministry of Higher and Tertiary Education, Science, Innovation and Technology Development, Mr. D. Chauruka and from the OPC was represented by Ms. S. Madziva and Ms. N. Dudzai. Present from the MSUAS team were; Dr. B. Nyamunda, Mr. V. Japu, Mrs. S. Moyo, Mr. I. Chaka and other various heads of departments.

MSUAS Celebrates its First Cohort of Graduands: Our First Fruit